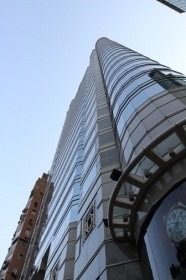 In the bustling heart of Hong Kong lies a business district known as Tsim Sha Tsui East. It offers broad views of Victoria Harbour and plenty of shopping and eating establishments for all of the office workers of the district. The Railway Plaza Building, part of a regional transportation hub, lies at the center of attention. This office complex has over 228,000 square feet of space on 28 floors.

In considering a new building integration project, owners had several goals in mind:

All this would set the stage for an eventual migration to a pure BACnet open environment.

Owners were particularly sensitive to maintaining normal building operation and having zero downtime during the upgrade process so that the revenue stream generated by the building’s tenants was not disrupted.

They called upon TEMCO, an authorized service partner of BACnet International member company, The S4 Group.

The existing BMS, a Johnson Controls Metasys® system, included a network control unit (NCU), various DDC controllers, and a user workstation operating on the Metasys N2 protocol. The system was used for management and control of the following systems:

TEMCO planned the integration in phases to add S4 BACnet-N2 Routers one by one. The BACnet-N2 Router Upstream N2 Interface was included on each BACnet-N2 Router so that the legacy N2 field devices could continue to communicate with existing operator workstation as well as the newly installed SCADA via BACnet interface at the same time.

In addition, the Supervisory Controller as a BACnet Client option allowed the legacy Metasys supervisory controller to participate in the BACnet priority array mechanism to determine which headend was in control of each point.

There were challenges along the way.

For example, TEMCO learned that their network changes had created an unexpected outcome. It seems that when a point in a N2 device was in an “overridden” state, the device accepted and acknowledged normal N2 write commands but that the requested value was not being applied to the point. However, using the device template technology of the S4 N2 Router helped the TEMCO team manage this behavior so that the N2 devices responded as desired in the system design.

Another challenge in the project was unexpected flooding during the pilot phase of work. Water damage to the BACnet-N2 Router required direct and fast response from The S4 Group in order to continue the project.

The project is still ongoing. However, after the installation of one BACnet-N2 Router, the client was satisfied with the stable system performance and the new user interface design. PcVue and Metasys are both monitoring plant conditions. All project goals are being met on time and within budget.

In order to meet the customer’s requirements for a long-term agreement, TEMCO offered an innovative 4-year maintenance and services contract that included all of the required equipment and integration services to meet the project goals.

This defined a new business model and strategic approach for the retrofit and upgrading of legacy building controls—both for this customer and within the region.

First use of the S4 Open: BACnet-N2 router integration solution within a Hong Kong office tower.