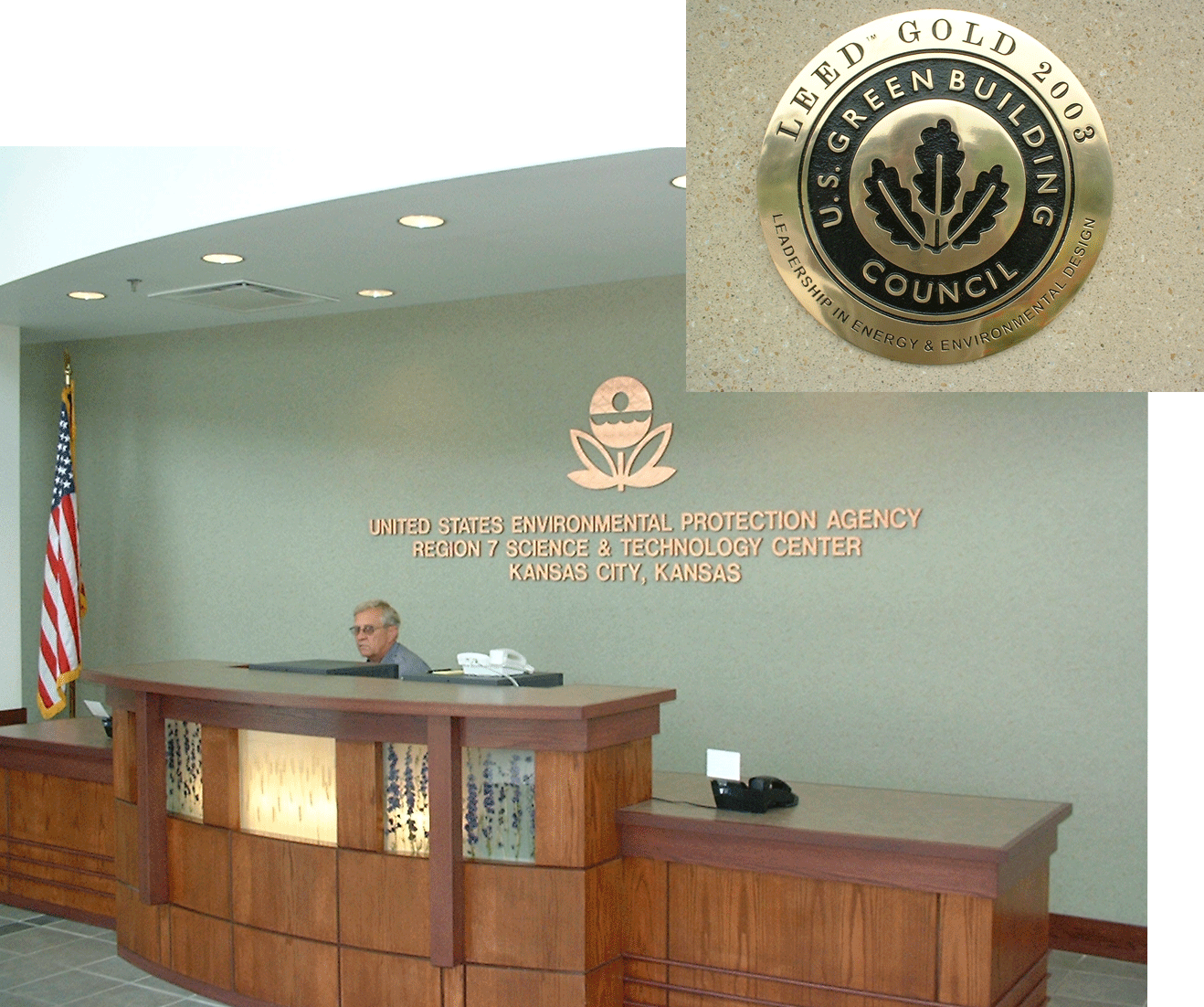 The Players:
The U.S. Environmental Protection Agency’s Science & Technology Center in Kansas City, Kansas is itself an example of environmental protection. Opened in 2003, this former brownfield site now hosts modern laboratories for environmental testing, research and analysis. The facility was designed to preserve natural resources, provide a healthy work environment and serve as a model for future laboratory development.

“Programming all of these systems would have been very difficult without WebCTRL,” said Ed Brown, president of Control Service Company, the Automated Logic dealer responsible for the building control solution. “But WebCTRL made it easy to program for all levels of the system.”

The Solution:
Clark Enersen’s mechanical design, along with Control Service Company’s building control strategy, enabled the design/build team to reduce energy consumption by more than 24% over a typical EPA VAV laboratory. Those results earned the facility a LEED Version 2 Gold certification in 2003. In fact, energy data for 2003-2004 reveals that the facility is the top performing new EPA lab in the country. Actual building efficiency has exceeded original projections.

Despite its complexity, the lab’s control system design was fairly straightforward, Brown said. “Initially, we were going to try something a little more elaborate, but the customer didn’t want any experimental or unusual control solutions.”

Brown added that integrating the lab’s Phoenix Controls fume hood system was one of the biggest challenges on the project. Successfully completed, “the integration allows us to use WebCTRL to monitor conditions in the lab. The system can adjust air flow into the zone using variable cfm regulation.” Careful monitoring is essential since most of the facility is dedicated lab space, areas which must be supplied with 100% outdoor air ventilation 24 hours a day.

Tying all the systems together through WebCTRL greatly simplifies building management, Brown continued. “WebCTRL gives the operators a uniform view. As far as they’re concerned, it looks like one system.” WebCTRL also monitors the four process chillers and non-energy systems including fire suppression, eyewash stations, power supplies, acid neutralization, bottled gas and back-up generation. The system emails or prompts alarms if any system is deactivated or operates outside normal parameters.

“It’s a great system,” added Brian Campbell, P.E., of CB Richard Ellis. The on-site facility engineer has used WebCTRL at other facilities and claims its software is ‘ten times easier’ to manage than other control systems. Campbell cited the single-pass ventilation system and WebCTRL’s graphics as particularly unique to the Kansas City laboratory.