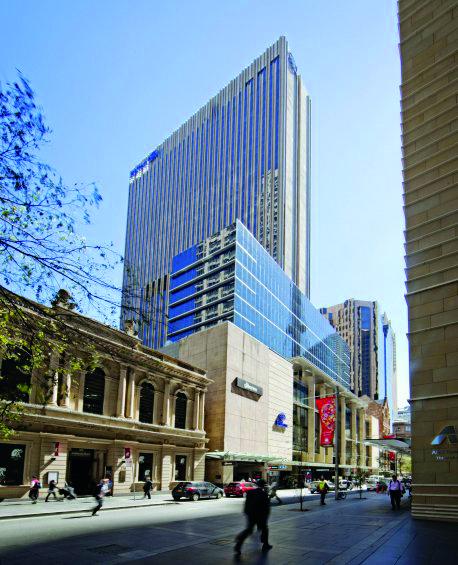 The office tower, located within the Sydney Hilton Hotel, is an eight floor tower with a total floor area of 15,429 m2 (166,078 ft2) with services independent of the hotel. Mechanical services and the ancillary plant and equipment serving the office towers were last refurbished in 2006; however, in the years following the refurbishment, there were issues with reliability and operating costs, which gradually escalated to undesirable and unsustainable levels. The system had also reached the end of its product support life, which contributed to the escalating issues and costs.

This project included two streams of engineering, which were undertaken during the initial phases of the project:

The solution implemented for this project is a fully native, BACnet® compliant BMS, using Reliable Controls hardware and software. While BACnet is known as a “future proof” solution because of its backwards compatibility and ability to work with products from different vendors, Environmental Automation further ensured the project’s future viability through the installation of an optic fibre backbone, installed from the basement lead point of attachment through to the plant room, with floor connections made at strategic locations. High speed, CAT 6 cabling was reticulated across the floors to their respective controllers.

New controllers were installed at each VAV throughout the building and networked to the new dedicated floor controllers. Work was done after hours to minimize inconvenience to the tenants and was monitored the next working day to ensure the tenants were unaffected by the changes.

The strategies implemented to main plant components optimized fan and airside control, reducing fan energy, noise levels, and general wear and tear on the plant and equipment. By better managing the airside loads, including the outside air loads, stability was added to the conditioned spaces and chilled water circuits. Attention was given to improving the operating conditions and reliability of the chillers by optimizing the cooling towers and associated water pump operation. Further improvements, primarily control strategies, were incorporated into the chiller staging and load control, markedly improving the respective chillers and overall chilled water systems’ efficiency, reliability, and load control sequencing.