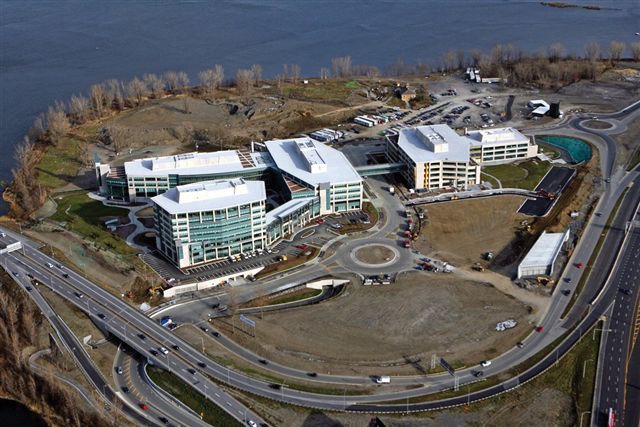 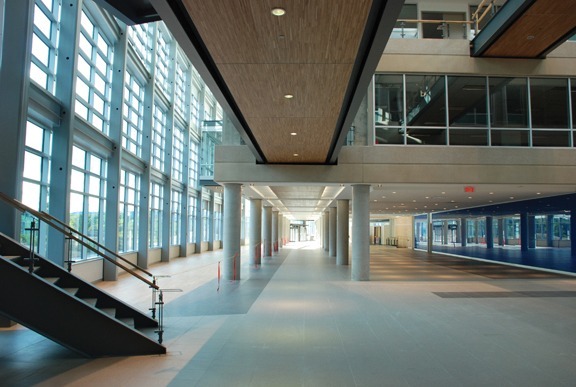 In a bold move to cut operating costs and adapt to an evolving work culture, Bell Canada Enterprises, the country’s largest communications company, commissioned the development of a new corporate headquarters in Montreal. Set on a 10-acre campus, the planned three-phase facility was developed to unite more than 4,000 employees from 16 area locations into an open, light-filled, collegiate environment.

The company was equally committed to fast-track, sustainable development. Its facility management partner specified energy efficiency performance to exceed Canada’s Model National Energy Code for Buildings (MNECB) by 35%. Although LEED Canada accreditation was not originally considered, it was ultimately decided that the project would pursue the certification process.

The second collaboration between Bell Canada and Automated Logic, the corporate campus features the latest in mechanical and building control systems designed to reduce both energy and water consumption.

“Kolostat was part of the team from the outset; we were considered the only full-service mechanical contractor capable of committing to a fixed price based only on conceptual sketches and delivering a state-of-the-art mechanical system on time,” remarked Eric Hintermueller, Kolostat Senior Vice President (team members included owner-developer Canderel, general contractor Reliance Construction Group and facility manager Nexacor Realty Management). The timeline for the project was compressed, with the first three-building phase to be completed in 18 months and the second two-building phase to be completed six months thereafter.

“Automated Logic was not originally considered by Bell Canada’s consultants, but Bell was extremely impressed by the system’s features and ease of use,” added Chris Lawson, Kolostat’s General Manager of Construction Operations. Kolostat, which represents Automated Logic throughout most of Qubec, proposed a unique Hybrid Hydronic Heat Pump (HHHP) system, a technology pioneered in Canada. The system extracts excess heat from the building’s internal heat sources (lighting, computers, exhaust and even its occupants) and transfers it via condenser water loop to the building’s perimeter without the use of compressors. Water temperature is maintained at 75-F to 104-F (24-C to 40-C), depending on outdoor conditions and indoor requirements.

Lawson said that among the many benefits, “the supplementary perimeter baseboard heating system, already downsized, is used only during extreme outside temperature drops.” He added that the system is working so efficiently that “the boilers don’t come online until the outdoor temperatures drop to 10-F (-12-C).”

Additional energy-saving strategies include demand control ventilation, allowing for fresh air distribution based on occupancy and CO2 levels in individual zones, as well as occupancy sensors in conference rooms and other strategic spaces. Kolostat even designed an Energy Recovery Ventilator in conjunction with the system manufacturer to prevent cross-contamination of fresh air and exhaust air.

Reflecting on the project, Robert concluded that “when it came to the control system, it was the superior strength of Automated Logic’s WebCTRL® system, and its ease of use, that secured its acceptance over Bell Canada’s traditional providers.”