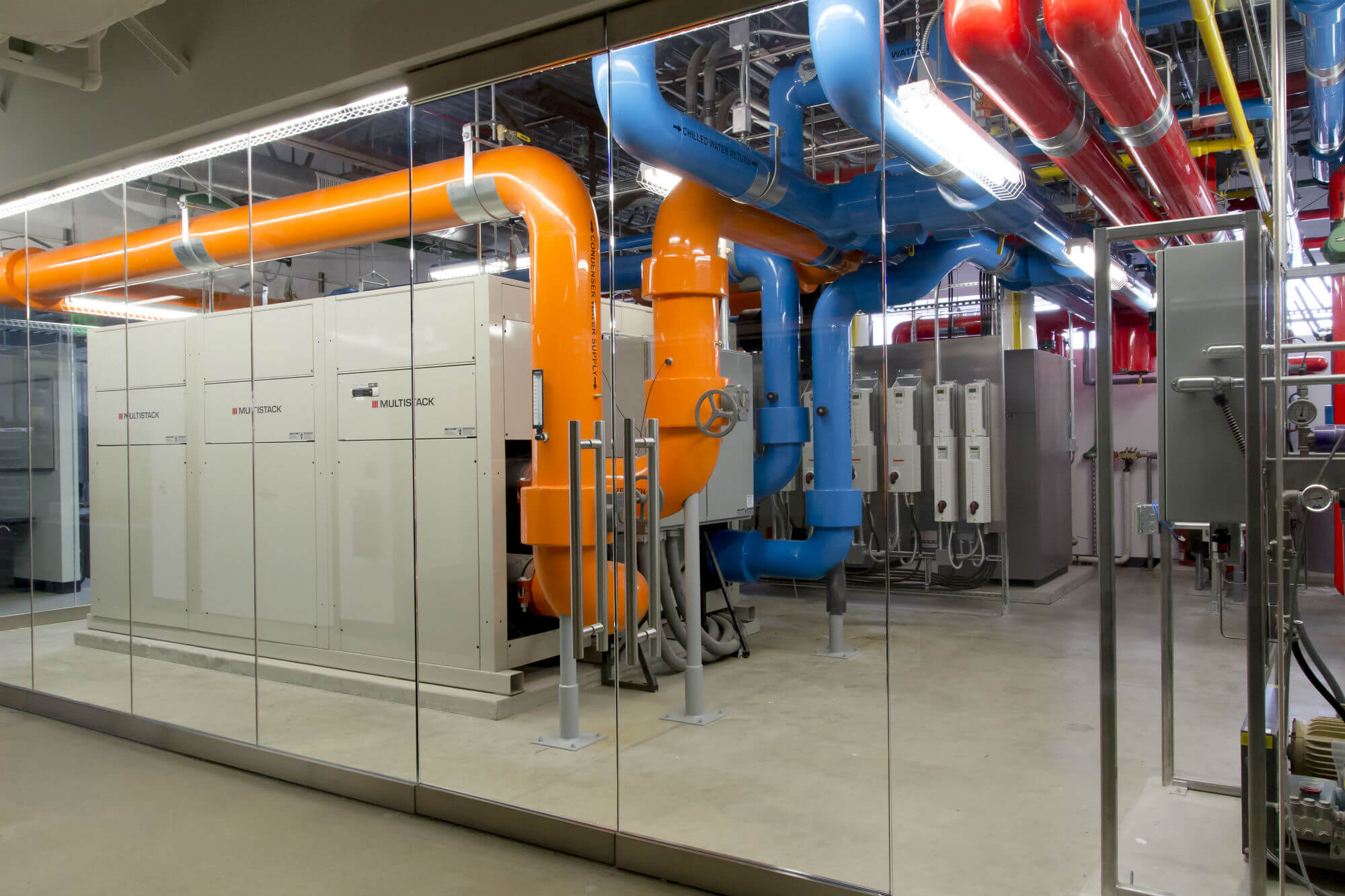 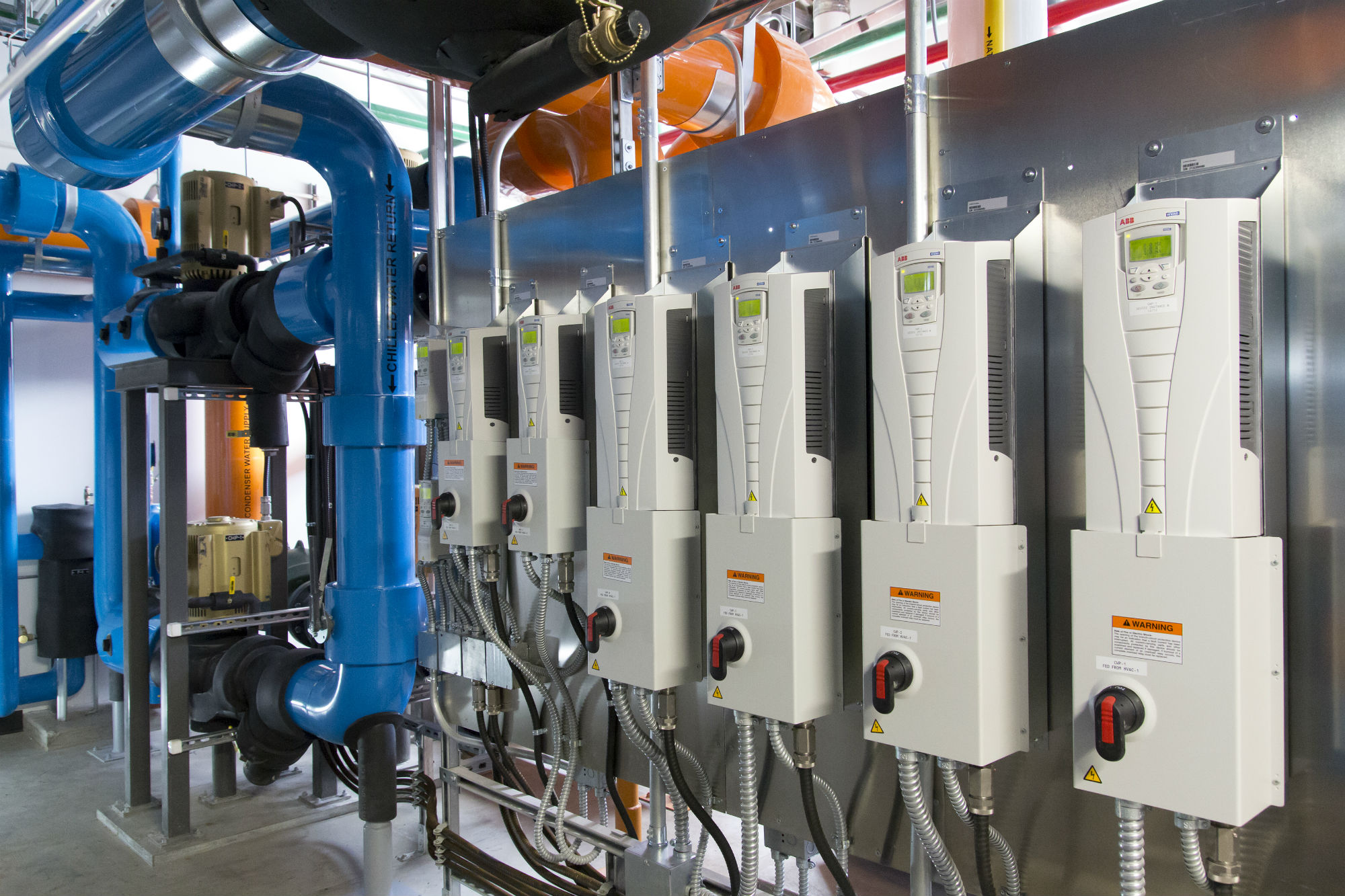 The 147,000 square-foot ABB manufacturing facility in New Berlin, WI, underwent a major renovation and expansion in the spring of 2014. The continued growth in variable frequency drive (VFD) sales, along with the addition of new products – medium voltage drives, electric vehicle charging stations, power electronics, and controls products – rendered the existing building too small. The task was to develop a building that not only met today’s needs, but also one that would be compatible with future requirements. Words such as “green,” “LEED Silver,” and “sustainable” were not simply buzzwords, but were instead used as a roadmap on this project. The following success story will focus primarily on the building’s HVAC system.

The existing design of the HVAC system dated back over 30 years. There was no central plant or building automation system (BAS) and most control was independent. Monitoring, maintenance, and troubleshooting were all done the old fashioned way. Unfortunately, walking around with a pen and paper results in a more reactive than proactive approach. Costs associated with the mechanical equipment continued to increase due to the age, down-time, and inefficiency of the equipment. While an HVAC system in a manufacturing facility is important for comfort, it is also critical for manufacturing and reliability. Imagine the humidification system going down in the middle of a Wisconsin winter. Low humidity increases the possibility for electrostatic discharges causing damage to electronic components. While many think of data centers and hospitals as being critical facilities, those who are responsible for maintaining an electronic manufacturing facility may ask that you do not forget about them.

Most of the existing mechanical system was removed as part of the renovation. With any good HVAC solution, one needs to start with a good design that is enhanced upon with the correct hardware, and supplemented by the best control scheme and software. One could hypothetically have a magical piece of equipment that is 100% efficient, but if it isn’t being controlled or utilized correctly, there is no point in having said equipment. The hardware used on this particular project included ALC controllers, a Huntair FANWALL AHU, Daikin McQuay Skyline AHUs, a Multistack chiller, Baltimore Air Coil ICE CHILLER thermal storage, a Marley NC cooling tower, Lochnivar condensing boilers, MeeFog humidification, Marlo reverse osmosis, and ABB VFDs powering Baldor motors on most equipment.

The ABB building is a multi-use facility consisting of office and manufacturing space, along with shipping and receiving docks with large doors. The building is located in a geographical location that ranges from well below 0-F in the winter, to highs above 90-F in the summer. One of the challenges encountered in a multi-use building such as this, was the scenario of multiple factory loading docks with large doors opening and closing all day long. Proper heating (staged radiant heating, cabinet heating, AHU heating, positive building static pressure) in the winter and cooling (AHU cooling, positive building static pressure) in the summer is required for comfort in this area. Building static pressure is one of the solutions in both heating and cooling modes. Diving deeper into the topic of building static pressure, the simple control solution states that having a high positive pressure within the building reduces the amount of outside air penetrating through the open loading dock doors, i.e. air is blown out the doors opposed to sucked in through the doors. However, if factory static is too high relative to the office static, air undesirably flows from the factory in to the office. One’s gut reaction may be to simply increase the office static setpoint, an idea which sounds great until someone notices all the outside entry doors in the office are not closing completely and are being held open. This is just one example of real world HVAC challenges faced in designing and maintaining a building.

How do we deal with this and other challenges. ABB’s solution was to design a highly intelligent and flexible building, and BACnet communications played a critical role in both monitoring and control of the system. Nearly every device in the HVAC system communicates via BACnet, and there are few Modbus devices. Solving challenges, such as the previously mentioned building static pressure control, was made much easier by having all the AHUs on the same network. Serial communications also played a key role in either the monitoring and/or control of other advanced HVAC systems. Some application examples include:

As with any major remodel or construction, there are going to be items added that were initially missed or not part of the original scope. This project was no different. Adding an item after the fact has the potential to incur costly change notices. However, taking advantage of BACnet communications and the VFD’s pass-through I/O helped mitigate that cost. A few examples:

Buildings will continue to become smarter, and buildings need to become smarter to stay competitive. BACnet, as an open protocol, plays a significant role in the intelligence and sustainability of a building. By applying a top notch system that controls and monitors essentially the entire building’s HVAC system, this building not only deals with today’s challenges, but is ready to take on any future trials as well.