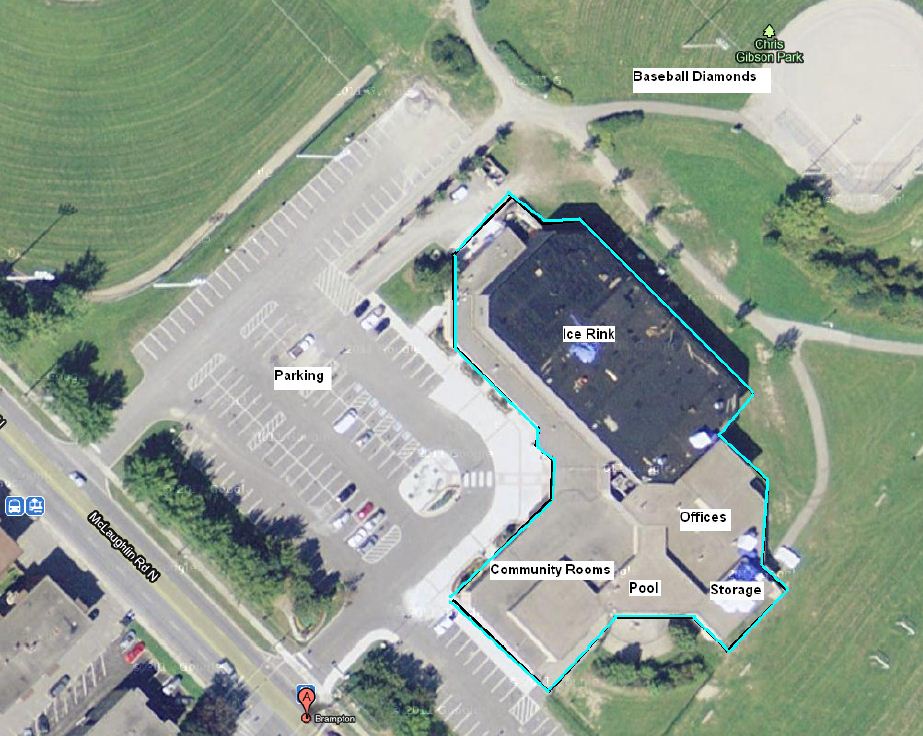 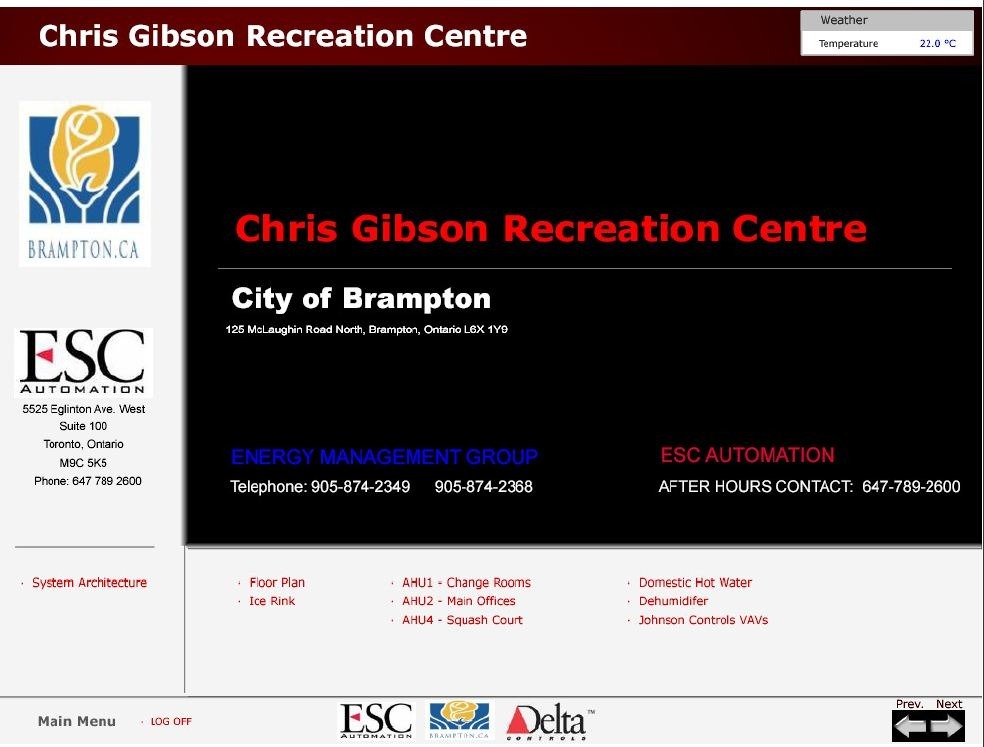 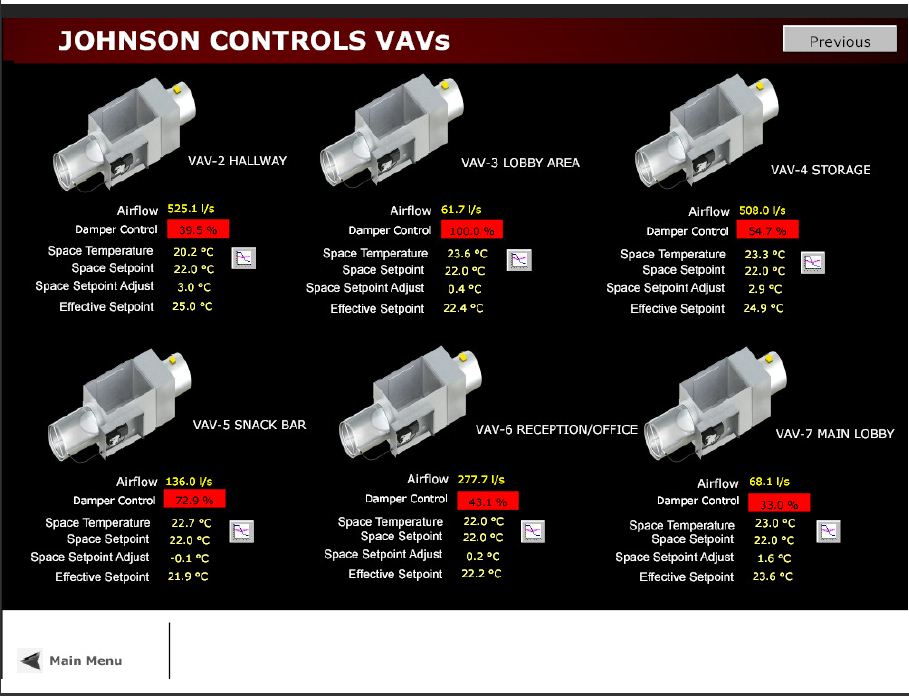 The building is the Community Centre for City of Brampton, ON, Canada. The goal of this new building automation system is to integrate virtually all building systems into one common path. The City’s standard protocol is BACnet for all building automation system and energy projects. There were six existing VAV boxes provided and installed by Johnson Controls Inc. The new BAS which is provided by Delta Controls (supplier/installer: ESC automation) covered overall facility for HVAC controls and powers monitoring. All HVAC system such as air conditioning and heating system have BACnet interfaces.

Delta Controls (ESC automation Inc) was responsible for integrating in these devices to the BACnet Internetwork.
Johnson Controls was responsible to make sure that six Johnson controls VAV boxes shall integrate in the building automation system (BAS) and all heating and cooling components.

City of Brampton’s in-house energy management group specified the BACnet device requirements so that each vendor’s devices (e.g. VAV boxes controllers and spaces sensors) will communicate in a common BACnet internetwork. This “Networked Controls” approach simplified the integration work as City’s energy management group was responsible for making a BACnet MS/TP or a BACnet/IP connection to the device. This process simplified the project delivery and startup & commissioning of the project as a whole.The building incorporated in a number of sustainable design features including a high efficient heat recovery unit for pool and area.

City of Brampton, ON has incorporated all building automation system into one network. All data, alarms, logs and trends reside in one centralized server. This reduces the cost of individual servers and dedicated PC for each BAS also simplifies building operation and maintenance procedures. In City of Brampton all BAS can be accessible via internet/intranet. Approved BAS vendors who are responsible for maintenance of the various systems will be given secure remote access to their systems to permit remote diagnosis and troubleshooting of these systems. Equipment vendors co-operated by exposing all possible data points as BACnet objects to permit remote diagnosis and troubleshooting.

This project demonstrates the scalability of BACnet where all systems in a building can either be (native) BACnet or can easily come with a BACnet interface to present the equipment as if it were a BACnet device. The "Networked Controls" design model shows how a job can be designed and bid without the need for a third party system integrator. Equipment suppliers were free to bid on one or more components (HVAC) as each piece of equipment was required to come with a BACnet interface.